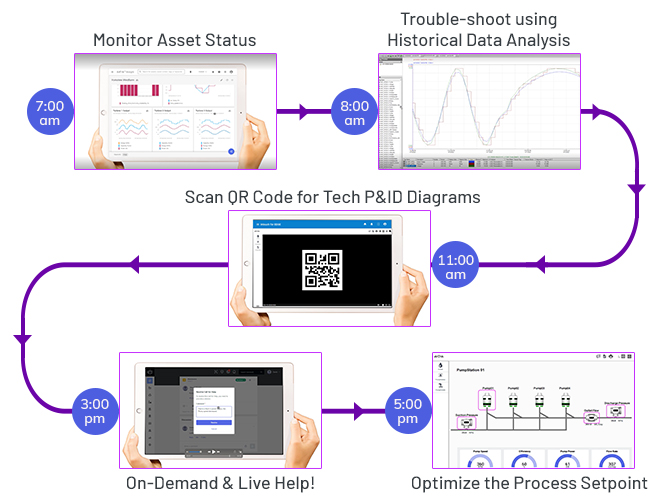 A unique feature permits the application of model predictive control to processes that require multiple models. For example, in blending applications or seasonal production, AVEVA APC uses online gain scheduling and can switch automatically between multiple model sets without turning the controller off.

A Dynamic Model of Your Process

AVEVA APC provides tighter control of key process variables, which are based on a dynamic model. This effectively de-couples interactions that would occur if the same loops were controlled independently by single loop controllers. The result means a more economically-advantageous operating point.

A linear programming technique, together with a steady-state model and an economic performance objective function, enables AVEVA APC to identify the optimum operating point based on maximum throughput, minimum energy consumption, or a balance between these and other performance objectives.

Advance Process Control for Mining ; APC for Mining, Minerals & Metals (MMM) from AVEVA allows  the operation to function much closer to the operating limits by reducing variations in the process. The hybrid rule-based & model-based predictive  control (MPC) package can often reduce variability by a standard deviation of two or greater and, as a consequence, improves profitability by enabling  operations within process constraints